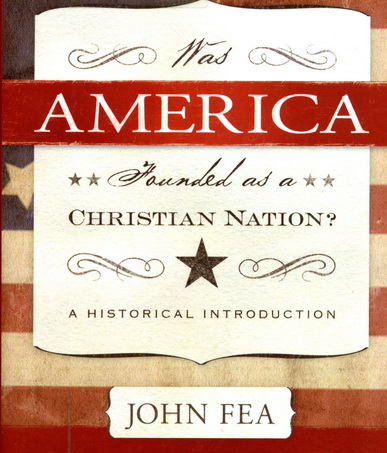 We heard John Fea, the Head of the History Department at Messiah College in Pennsylvania at SMU a couple of weeks ago. I decided to read Was America Founded as a Christian Nation?

While the early colonists and founders believed in Providence and that God favored America there are caveats that should give us pause. While most citizens probably believed that they were living in a Christian Nation, early behavior suggests otherwise.

Jamestown was founded in 1608 and mandatory church attendance was required. Conditions were harsh and survival uncertain until slavery was introduced and allowed efficient agricultural production. “Slavery brought wealth to the colony and made it possible for some of the leading lights of the American Revolution to protest against their own enslavement under British tyranny.”

The Puritans came to Massachusetts in 1620. John Winthrop, the first governor wanted to build “a Christian civilization that would stand as a city on a hill.” Only those who could testify to a “conversion experience” were allowed to be church members or to vote. All were required to attend church but most did not adhere to Puritan orthodoxy. Dissenters did not fare well – some were required to leave the community, others were killed. While the Puritans came to the New World for religious liberty they did not grant this to others. “The Puritan approach to Indians living in their midst must be viewed as embarrassing for a society that claimed to be Christian in orientation.” Indian conversion was tried but the Puritans needed land and the Indians were in the way of “destiny.” Violence ensued.

While both sought to follow Christian orthodoxy (proper belief) they failed in orthopraxy (correct practice). Public behavior was not guided by Christian principles.

Fea argues that the American Revolution was a product of the Enlightenment’s values of Toleration and Pluralism more than Christianity. In writings leading up to the Revolution Enlightenment political theory was cited much more than Biblical justification for rebellion from Britain.

There are members of my church who have reacted strongly to “politics from the pulpit.” Any comment remotely secular about the current state of affairs or the political climate from the pulpit is reason for a private meeting with the pastor for corrective instruction.

Fea makes a very convincing case that multiple clergy supported (and a few opposed) the Revolution from the pulpit. They often used creative Biblical exegesis to bend their message the desired way.
An example: John Carmichael, a Presbyterian Minister in Pennsylvania preached that Jesus ”can’t possibly have meant that we should love (our enemies) better than ourselves-that we should put it in the enemy’s power to kill us, when we have it in our power to save our own life, by killing the enemy.”
Loyalists (to England) preached from Romans 13 and 1 Peter 2 to support submission to English authorities regardless of their moral character.
Polities from the pulpit has been present since the early days of America.

Our founders were a mixed lot. John Witherspoon was the only clergy who signed the Declaration. While a professing Christian he also supported belief in an innate “moral sense” or conscience independent of the Bible or God’s grace that directed humans to virtuous behavior – a decidedly unchristian belief.
Adams, Franklin, Jefferson, and Washington believed in “Providence” but did not profess to be followers of Jesus. Patrick Henry, John Jay and Samuel Adams (here Fea includes Witherspoon as well) are the founders whom are identified as professing Christians. Samuel Adams was a proponent of Puritan Republicanism – the belief borne out by a study of history that “republics survived only when their citizens sacrificed self-interest for the common good and lived upright and moral lives.” He felt that the promotion of religion was the best way to achieve these goals.

Fea concludes by saying that history is complex and often does not give easy answers. In the early nineteenth century Christians believed they were living in a Christian nation. But our founding documents do not identify the United States as a Christian nation and proscribed the mingling of religion and state. But most state constitution did recognize God and Christianity and many required officeholders to be Christian well into the nineteenth century.

So Was America Founded as a Christian Nation?
For me the simple (and thus suspect) answer is unofficially yes but officially no. Has our nation lived up to Christian ideals? Absolutely not. But who among us has? 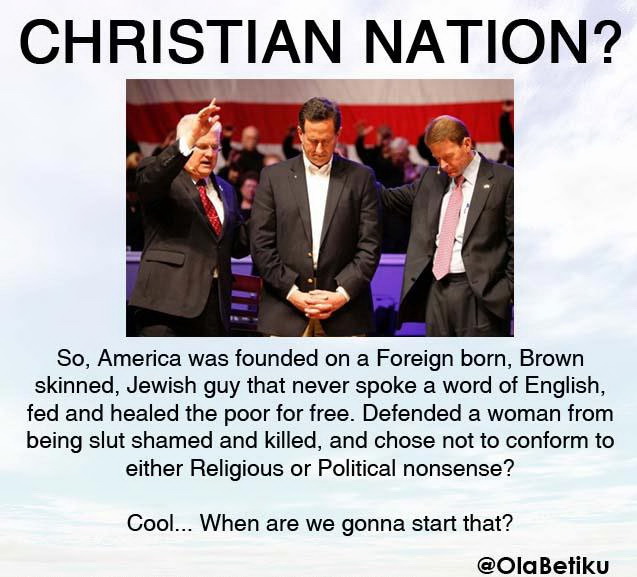 2 thoughts on “Was America Founded as a Christian Nation?”